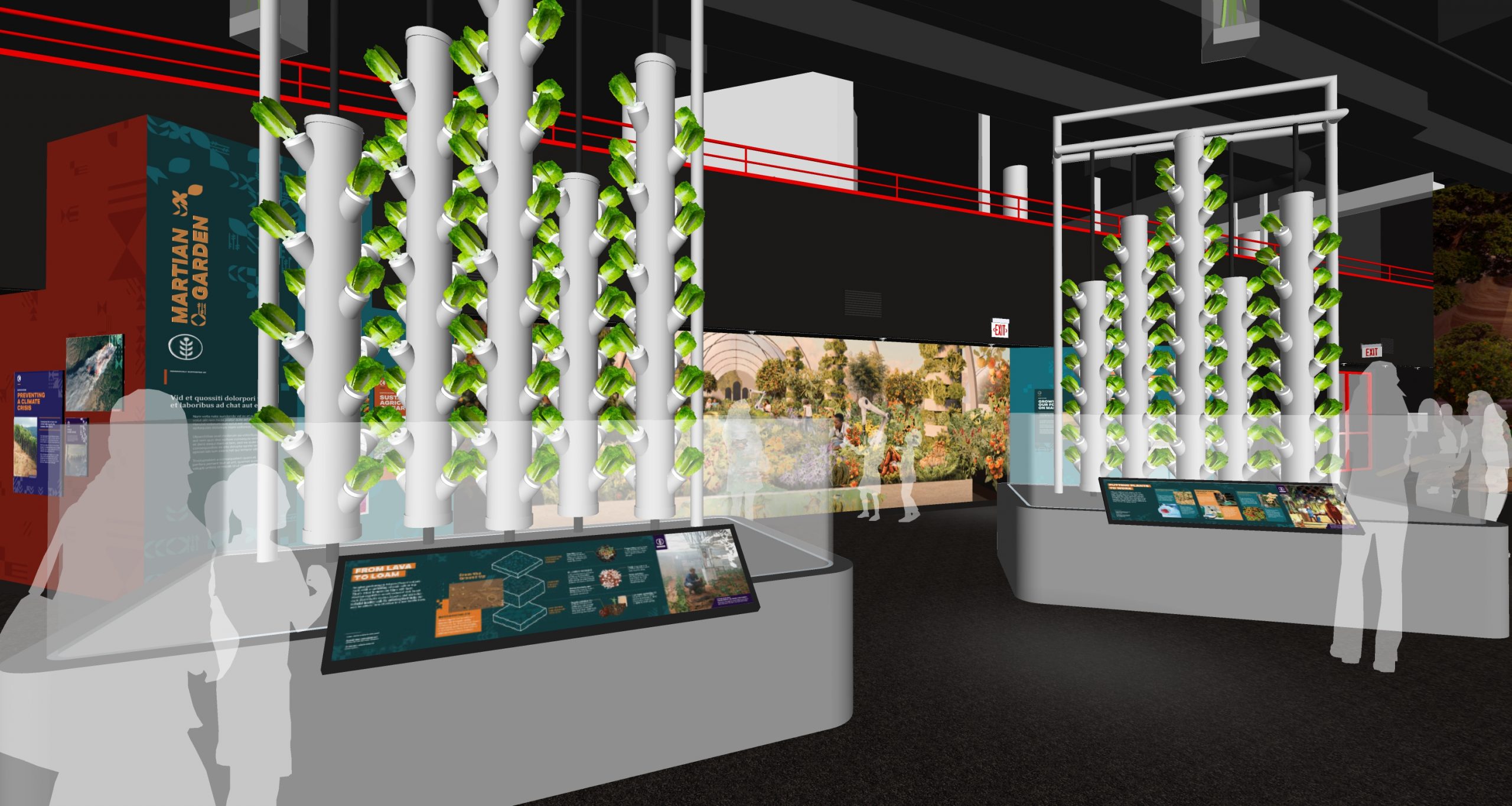 Carnegie Science Center takes visitors to the Red Planet with ‘Mars: The Next Giant Leap’

This article was originally published in the Pittsburgh Post-Gazette. Ravenswood Studio provided fabrication services for this exhibit in partnership with Luci Creative, RLMG, and Electrosonic.

“Leadership says, ‘We need a space exhibition and it’s gonna focus on, um, planet Jupiter,’ for instance, and we open it and no one comes. Why didn’t anyone come? Well, because no one wanted an exhibition on planet Jupiter.”

With that cautionary tale in mind, the directors went out into the community, to teachers and high school students, to see what people wanted for a new permanent exhibition in the Science Center’s biggest gallery.

“We asked them questions like ‘What’s meaningful to you about space? What is relevant to you?’’ And we got back some really interesting thoughts and questions,” says Jason Brown, the science center’s director.

What they discovered was a fascination with the planet that rests between Earth and Jupiter: Mars. Specifically, what would life be like on the Red Planet that’s 140 million miles from the sun?

Nearly two years after that outreach, “Mars: The Next Giant Leap,” a 7,400 square-foot, $4.4 million exhibition created with Chicago-based Luci Creative will open Saturday at the North Shore museum.

It consists of seven zones, including View from Mars (with large-scale images of the planet); Dream Big: Space (a model that will be built over time); Search for Life (a chance to commandeer a rover); Climatology (a climate zone that will include a Mars rock); and a Martian Garden.

“You probably think it’s a lot of rust-colored things and desolate,” Brown says, “and we have these huge hydroponic installations where we’re growing live plants.”

It goes without saying that a Science Center exhibition about Mars will offer facts about the planet. But this is also open-ended, based on some of the big questions that arose from the focus groups.

“Some of the questions that were asked, especially by the kids, were amazing,” Brown says. He listed a few:

“It was those kinds of questions that really drove the creation of this exhibition,” Brown says. “So, instead of telling people factual things, we ask them to reflect on their own beliefs about space and settling another planet.”

Based on the popularity of the Miniature Railroad Village, which is adjacent to this exhibition, the exhibition will include a model of life on Mars in that vein.

“About every three months, we’ll add a new model to the settlement, but that model will be voted on by visitors to the gallery,” Harshaw says. “There’ll be a story, and they get to vote on the outcome of that story.”

Our conception of Mars over time is the subject of one of the exhibition’s visual delights, created by Pittsburgh muralist Sean O’Connor.

“It’s a large-scale animation of visions of Mars,” Harshaw says, “so what artists and authors and poets, what people thought of Mars since its discovery.

“It’s super fun because it’s barren at the end, but at the very beginning, it looks really similar to what you would see in Europe, with a bustling city and with canals and ships. We play that out and we talk about how, obviously, that is not what we’ve learned. But we give people at the end of that some hope. While we haven’t been part of that story up until now, outside of a couple of really spry rovers, we get to help chart the Martian future moving forward, so that’s really exciting.”

For more information, go to carnegiesciencecenter.org.