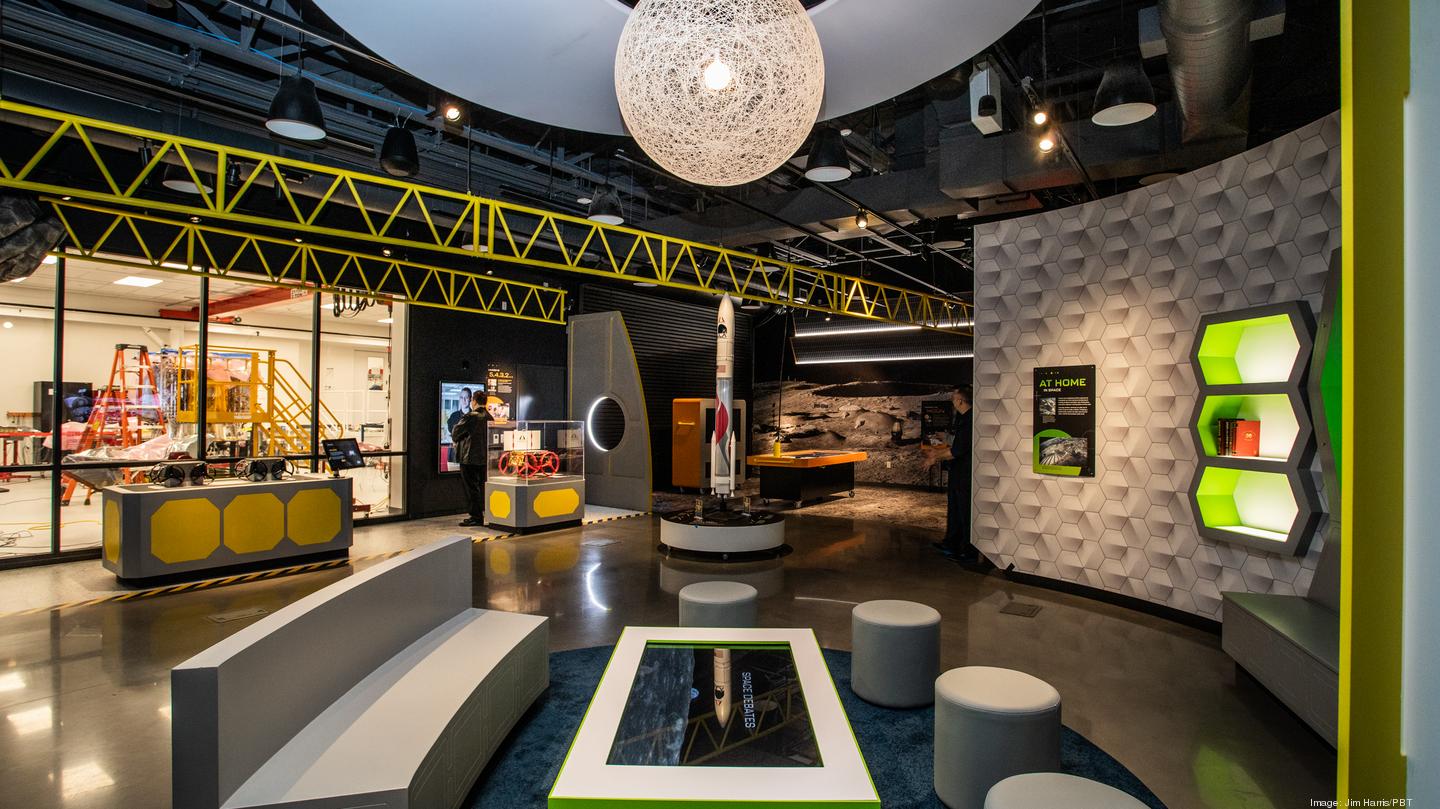 This article was originally published in the Pittsburgh Inno by Nate Doughty. Photos by Jim Harris and Nate Doughty.

An out-of-this-world experience has landed in Pittsburgh to offer visitors the opportunity to see the future of space exploration up close and in real-time.

The Moonshot Museum, a roughly 3,000-square-foot facility housed inside the North Side headquarters of space company Astrobotic Technology Inc., officially opens to the public as Pittsburgh’s newest museum on Oct. 15. It’s a standalone nonprofit that operates independently from Astrobotic, a company that is making landers and rovers that will someday end up on the lunar surface.

As the first space museum in Pennsylvania, the Moonshot Museum is pitching itself as a venue to learn about the history of Pittsburgh’s role in space exploration and what that role might look like in the future.

A roughly 10-minute video projected onto a 220-inch screen in a theater with room for about 30 people will greet each visitor upon their arrival to inform them of how the Moonshot Museum came to be and where space exploration is likely headed. Upon the video’s conclusion, the screen is retracted to reveal the clean room where Astrobotic employees are actively assembling the company’s NASA-vetted landers and rovers. Beyond the theater are interactive exhibits spread throughout the “living lab” portion of the venue, which will be changed out frequently in a bid to offer returning visitors something new to experience every time they come.

“I think space is not necessarily front and center in a lot of people’s minds when they think of Pittsburgh,” Sam Moore, executive director of the Moonshot Museum, said. “There are 200 people in this building who are building the lander that’s returning America to the moon in 2022. That’s not happening in California. It’s not happening in Texas. It’s happening in Pittsburgh.”

Moore emphasized that the facility will also be a champion of 21st-century career readiness for those in the community. He envisions the museum serving as a showcase of how it’s not just engineers who are needed for work in the space industry, but also those who fit beyond the realms of the STEM careers that are often assumed to be required for such work.

The museum employs five workers and is assisted by a team of 25 volunteers. It will be open from 10 a.m. to 4 p.m. from Wednesday to Sunday each week. Admission for adults is $10 and $5 for children unless they are under 3, in which case their admission is free. Moore said the museum is working with the Carnegie Science Center down the road to offer potential admission discounts to those who visit either museum on a given day, though the details are still being worked out.

The Richard King Mellon Foundation gifted initial seed funding for the museum, which first began construction in May 2022. It had a total capital campaign of $2.7 million.

“This is Pennsylvania’s first museum dedicated to space, and it’s also the first museum that we’re aware of in the space industry that actually fosters career readiness and pulls back that curtain, gives you access to what you can see, what students and young people can see as their future career,” Alivia Chapla, a member of Moonshot Museum’s board, said. “We’re happy that our doors are open to allow the public to really see that.”

Chapla said there’s already been interest in event rentals of the space as well, from companies looking to host holiday parties to those wanting to use it as a networking venue.