How Van Gogh’s Bedroom Was Rebuilt as a Living Masterpiece

Ever wanted to live in a masterpiece? A Chicago apartment lets you live in Van Gogh’s ‘Bedroom’

Pardon the Art Institute of Chicago’s obsession with bedrooms. The museum is currently showing an exclusive exhibition focusing on all three of Vincent van Gogh’s bedroom paintings, renditions from his home in Arles, France, as well as a re-creation of the bedroom, i.e., the real one, as Van Gogh left it.

To round out this developer’s envy of bedroom building, there is also a fully liveable, rentable on Airbnb re-creation of The Bedroom. If you have ever wanted to live within a painting—replete with brushstrokes— now you can.

By laying your head not in the room which inspired The Bedroom, but in The Bedroom, per se, you can see and feel and think what Van Gogh saw and felt and thought, or at least gain some sort of corporeal simulation of such. It is a chance to inhabit the painter’s mind and gain a tacit feel for the man without hours of scholarship and observation of his works.

Glenn Ragaishis and a team of artists-cum-fabricators at Ravenswood Studios built out The Bedroom. The challenges in creating a live-in painting came less from the painting than the living-in. Anything built would need to fit in the apartment chosen, and the scale was determined by the requisite presence of a full size bed. These edicts—and the fact that a human being had to be able to comfortably sleep in it—meant that it would be impossible to perfectly recreate, in three dimensions, Van Gogh’s painting.

The Bedroom paintings are wonderfully askew; walls lean gently against one another like drunken crushes, hung frames dangle and point to distant, personal horizons, windows come together like church steeples, the furniture—legs jut in coquettish angles, table tops placed like mortarboards on an awkward grad—seem adrift on the floor, hovering in a manner both euphoric and disconcerting.

A facsimile would be relatively easy to make, lines measured and angles taken, then taken to scale; because such a room would be unlivable, Ravenswood had to rely more on art than math. 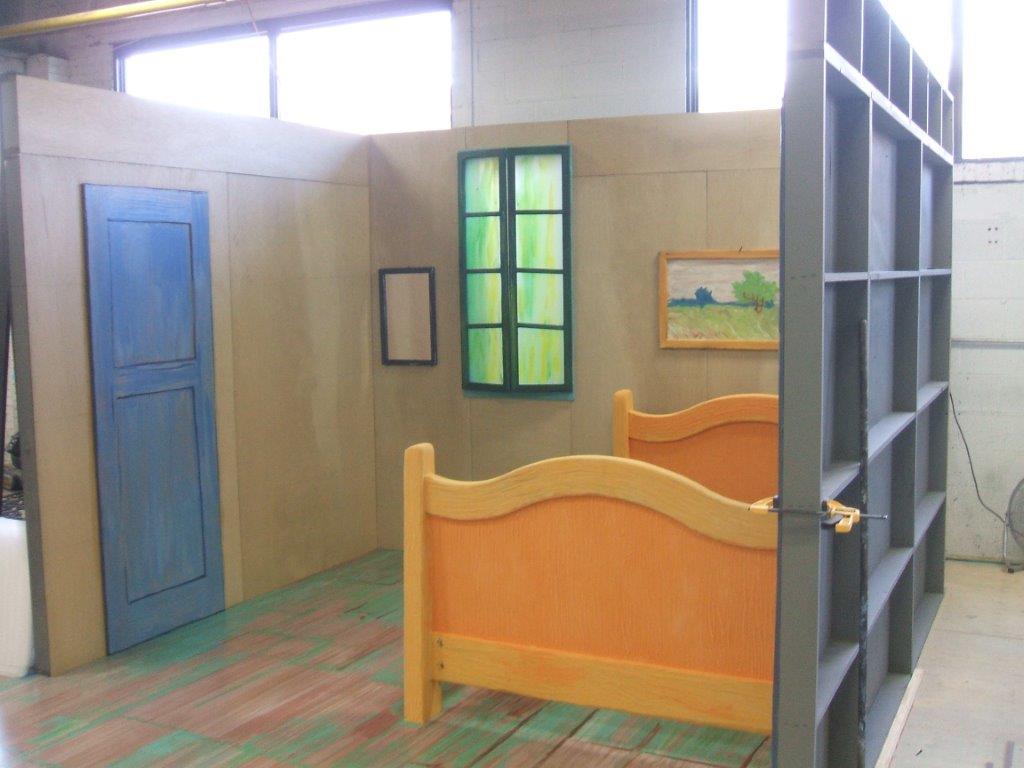 “It was more of a ‘what looks best,’” Ragaishis says. “Definitely more of an artist’s eye of ‘what’s going to work here?’”

Ravenswood’s team began by setting up the “walls” around the bed, using paintable panels, typically for stage scenery, called theater flats. The flats and floors were finished with painted muslin, and the bed used to anchor the room. Cardboard prototypes of The Bedroom’s wall adornments and the tops of the furniture were mocked up, placed, examined, and adjusted accordingly, before the uneven final furnishings were completed. A prop buyer found objects as close to the ones depicted in the painting as possible. Some aspects of the painting—the size discrepancy between the foreground and background chairs, for example—could simply not be recreated; building two separate, to scale chairs would have been required. The end result, however, is extraordinarily faithful. 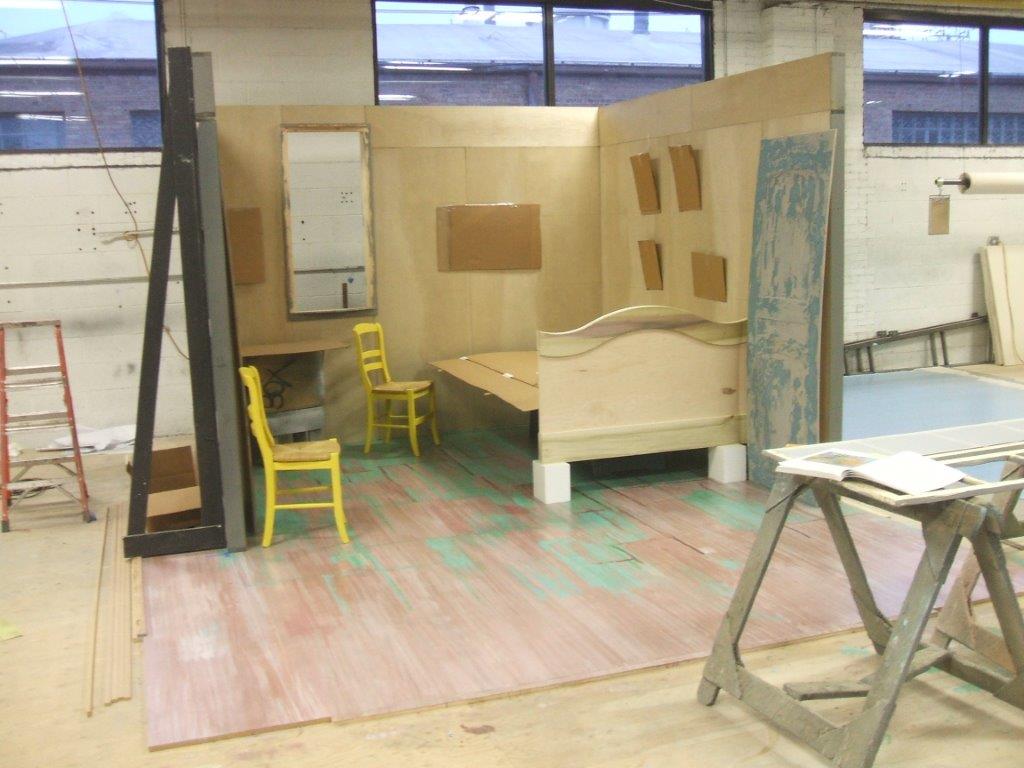