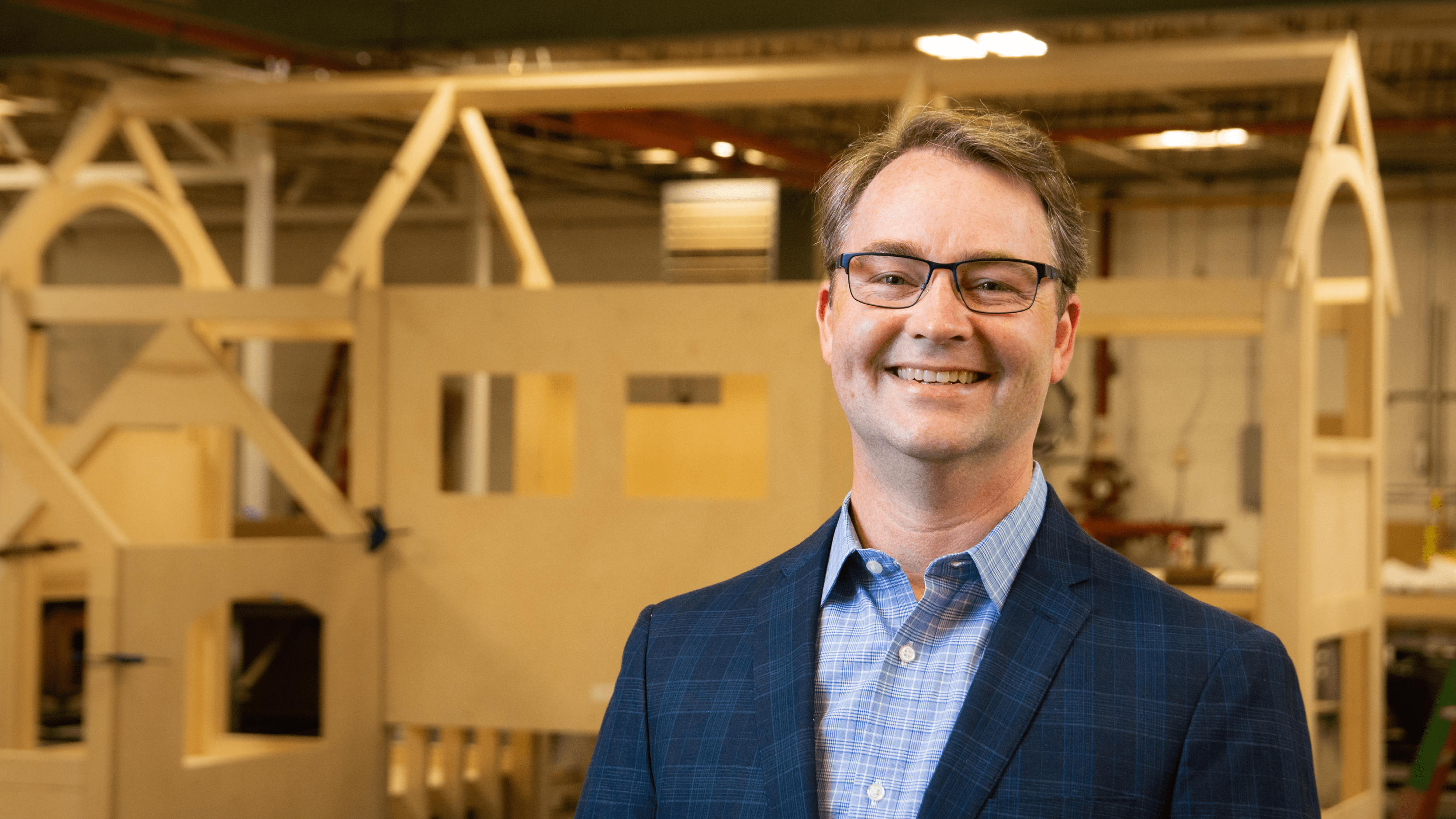 Ravenswood Studio, a custom fabrication company that builds exhibits for museums and corporations and scenery for movies, tv, and theatrical productions, welcomes Mark Ewing as its Chief Operating Officer. Ewing will work in partnership with President and Owner, Michael Shapiro and the rest of the Ravenswood Studio team to continue the company’s rapid growth while ensuring team member development, hands-on client care, and successful project delivery.

Ewing’s expansive career began as Technical Director for a variety of live show productions. His Chicago career began working as a fabrication and automation Project Manager for Chicago Scenic Studios followed by nearly eleven years as a Senior Project Manager at Chicago’s Museum of Science and Industry, one of the world’s largest science museums. There, he oversaw several major exhibit projects, including You! The Experience, Robot Revolution, Extreme Ice!, and Numbers in Nature, the latter of which was fabricated by Ravenswood Studio. Ewing has spent the last three years at Luci Creative as the Production Director.

“We are delighted to welcome Mark to Ravenswood Studio after having worked together first when he was a customer of ours at the Museum and Science and Industry and then, as a colleague at Luci Creative,” said Michael Shapiro, Owner and President of Ravenswood Studio. “His experience from the client and design side will bring tremendous value to our team and our clients,” Shapiro added.

Ewing’s last project was a design-build collaboration between Luci Creative and Ravenwood Studio. Ewing served as the Senior Project Manager, overseeing the Publishing House Redesign at Christan Science Plaza in Boston. With his new role, Ewing will manage the budget and feasibility of all projects, and handle contract negotiations.

“Having worked so closely with Ravenswood Studio, especially in the past few years, I am thrilled to be a part of their team and excited for the adventure ahead,” Ewing said.

To congratulate Mark, you can email him at mark@ravenswoodstudio.com.